Abruzzo Italy
Come and Enjoy the Greenest Region in Europe

Abruzzo region is located in the mountainous wine country of central Italy along the Adriatic Sea. This bustling area is fast becoming a tourist hotspot for its cuisine, Abruzzo wine, historical landmarks, and gorgeous natural surroundings. This region boasts a good section of the Adriatic Sea coastline which makes up the eastern part of Abruzzo. On the opposite side - the Apennine Mountains make up the western part of the region. The region is divided into four provinces which are L’Aquila, Teramo, Pescara and Chieti.

Abruzzo Italy is known for being the Greenest Region in Europe. One third of its territory (which is the largest in Europe), is dedicated to 3 National Parks and 38 protected reserves. Abruzzo National Park was founded in 1922 and it covers some 496.8 km². For fresh air, amazing natural surroundings and spending quality time with the family, camping Abruzzo is one thing that many people enjoy during the summer months.

Abruzzo also boasts the Calderone, Europe's southernmost glacier which is slowly melting but it's quite a sight to see and trek with a few adventurous companions. In the 19th century a famous writer, chemist and a partisan - Primo Levi, gave the Abruzzo Region the name “forte e gentile” which means strong and gentle. This has become the motto of the Abruzzo Region Italy and people there work hard to live up to its name.

The historical sites and museums in and around Abruzzo region are abundant. For those looking to soak some knowledge while travelling here, there's The National Archeological Museum of Abruzzo which has many dedicated rooms jewellery & sculptures from Middle Ages to the Modern Era, as well as many valued wooden sculptures of the Romanesque-Byzantine culture dated as far back as 1100-1200. The Teramo Cathedral is also a must visit along with the Castello della Monica for those who appreciate great architecture. There are also many other historic cathedrals in Chieti, Lanciano, Guardiagrele, Atri, Pescara, Penne and Ortona, Abruzzo.

The cuisine in Italy, Abruzzo is quite famous and so is their wine. The area is known for the local seafood near the coast and meat and legumes which are grown on the lush inland. If you love wine - this region is renowned for its red Montepulciano d’Abruzzo. Most of the wine production takes place in the province of Chieti.

Another couple of food related things Abruzzo region is famous is their pasta and cheese. No trip here would be complete without trying some delicious Abruzzo food while taking in the beautiful surroundings. For the chefs out there, you can try your hand at several cooking courses, or even cooking vacations which are available in this region.

If sunny days and natural settings are on your agenda, check out some of the picturesque beaches. They are located in the Teramo and Chieti provinces. The region also boasts some beautiful lakes and springs. For skiing and snowboarding enthusiasts, Abruzzo Italy has an abundance slopes that will keep you busy in the winter months. Hiking and adventure travel is very popular here due to a diverse type of terrain in the region. The nicer weather for these types of activities generally starts in April and lasts right through October.

Abruzzo region has something for everyone and coming through here will surely result in some long lasting memories. Here you'll find everything from excellent food, to tasty Abruzzo wine, to picture-perfect natural setting.  Furthermore, for the minds that seek exploration and knowledge of the fascinating Italian heritage - there are plenty of ancient landmarks and historical museums that simply will not disappoint.

Below you'll find an Abruzzo map with train stations, popular attractions, lodging options, other transportation options and much more. When wanting to purchase a paper map from a local store, simply ask for "mappa Abruzzo" or "cartina Abruzzo".

Train travel in and out of the Abruzzo region is served by many different railway lines. The Adriatic Railway has tracks through the entire country from north to south offering High-Speed as well was Inter-City and Regional service. Other areas of Abruzzo, particularly in the west have service, but it needs improvement. It's quite easy and convenience to arrive into Abruzzo Italy at Pescara Centrale from destinations like Florence, Milan, Venice, Rome and Naples. 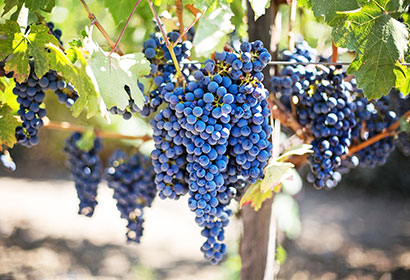 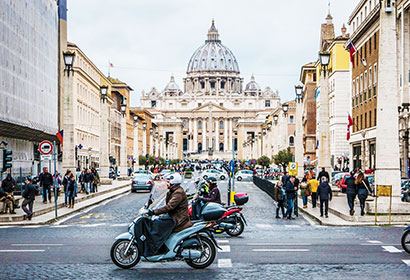