Aosta Italy
This Region Capital is a Skiing & Adventure Oasis

Aosta Italy is the capital of the Valle d’Aosta region in the northwestern part of the country. It is located near the Grab Paradiso National Park, which has alpine botanical garden, trails and plenty of wildlife. This old Roman commune at 583 meters above sea level is surrounded by magnificent mountains, including the Grand Combin and the Mont Vélan to the north, Emilius and the Becca di Nona to the south, and the Testa del Rutor to the west. Ski resort of Pila, one of the many in the area, is a 20-minute gondola-lift ride from the city of Aosta.

Aosta Italy is a spectacular valley and city in the Italian north. Close to the borders of Switzerland and France, Aosta is nestled in the Italian Alps and sits sixty-eight miles north, northwest of Turin. This area is famous not only for its medieval history, but also for the unique tours and ski resorts that it has to offer. Rich in monuments from pre-historical, Roman and medieval times, Aosta also hosts a thousand-year-old Sant‘Orsa Craft Fair, held each January showcasing artefacts in wood, soapstone, wrought iron, lace and woollen fabrics, as well as farming equipment, furniture, household utensils and sculptures.

If skiing is on your list of things to do in Italy, Aosta Valley or Valle d’Aosta is the place for you. There are popular resorts in the region which boast snowcapped mountains and clear blue skies. Among the most popular ski resorts are Cervinia and Courmayeur. If you’d rather see the mountains from afar, take a cable car ride at Monte Bianco. It not only offers dazzling views of the mountains, but can also get you to other points of interest such as shopping, restaurants and even vineyards.

If walking and hiking are something you want to include on your trip to Aosta, there are many options for you. The Gran Paradiso National Park in the valley has trails that lead through the forest where you can observe native animals and plants in their natural habitat. It also boasts bicycle trails for those who enjoy that sport. The Gran Paradiso is Italy’s first national park and a landscape of stunning beauty. The Lillaz Waterfalls is also located in the valley and are accessible after a short hike through breathtaking scenery. This area is perfect for a picnic lunch, and you can even drink the crystal clear water straight from the stream.

Historic sites are plentiful in this area. If it is ancient remains that you seek, visit the walls that make up the town of Augusta Praetoria Salassorum. There are twenty towers, and many are very well preserved along with original gates and streets. The Roman Theatre will also be of interest. It is an ancient national amphitheatre and stands seventy-two feet tall. Its paved paths allow for easy exploration and a closer look at this ancient wonder. The Arch of Augustus and the Aosta Cathedral are also worth visiting for history enthused travelers.

If a day at the spa is something you enjoy, you’ll want to visit the Pre Saint Didier Thermal Spa or the Terme di Saint Vincent. These tranquil waters will no doubt immerse you in their healing effects as well as giving you a taste of what an ancient Roman bath was like. Only these facilities have all of the modern amenities you could wish for.

A visit to Aosta Italy combines the old world with the new all in one visit. From ski and spa resorts to ancient ruins and magnificent natural settings, this city has it all.

Getting in and out of the city is easy with the central Aosta railway station or the Stazione di Aosta which offers intercity and regional trains. It is located in the southern part of the city near the town hall square. It has recently been renovated and serves the region well. The main stops for travelers are Chivasso, Ivrea, Pré-Saint-Didier and Turin. There is an airport in Saint-Christophe which is near the Aosta. It is called the Aosta Valley Airport and offers domestic flight service which serves the city and the valley. International flights can be taken from Turin which is approximately 115 km from Aosta.

Below is an Aosta Italy map to help you with trip planning. Refer to the Italy train map for an overall glimpse of the country's railway system. 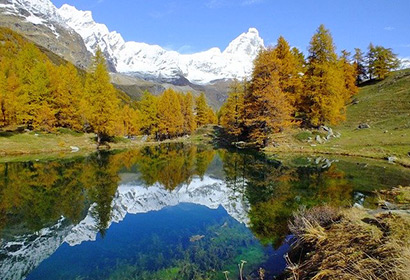 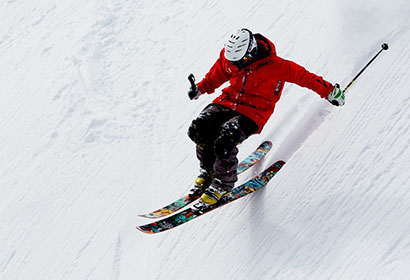