When you think of a tropical vacation, beaches in Italy may not be the first to come to mind but it should be! The Italian coastline is covered in beautiful, sandy and rock beaches with gorgeous views of the Adriatic Sea on one side and the Tyrrhenian Sea on the other. An Italy beach experience is something that almost every vacationer can enjoy, whether you are looking to sight-see, build sandcastles or just catch some rays.

Salento is a geographical area in Southern Italy located in the region of Puglia, which juts out as the "heel" of Italy's famous boot-shaped landmass. This area itself is a peninsula naturally, and is covered in some of the best beaches in Italy. The weather here is perfect for sun-lovers and it's known as a great destination for those looking to add some partying to their vacation.

Located off of Italy's Coast - in the Mediterranean Sea, is the Island of Sardinia. The beaches in Sardinia are considered by many to be the most beautiful in all of Italy and are often compared to those found in the Caribbean. If miles of white sand, turquoise waters and endless sun is what you crave, then look no further.

Sicily is a large island, located in the Mediterranean Sea as well, just off of the southern tip of mainland Italy, or as some like to say - off the "toe" of Italy's boot. The perimeter of this island is lined with beaches and you are sure to find the perfect one to suit your style. The northern beaches of this island are usually the busiest and see the most tourist traffic while the beaches in the south are a little more untamed and untouched, perfect for those seeking adventure. If sandy beaches aren't your thing, perhaps you would prefer a visit to some of the rockier, seaside, fishing villages located on the eastern coast. 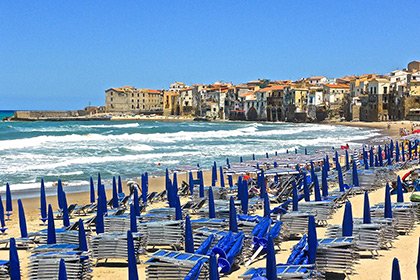 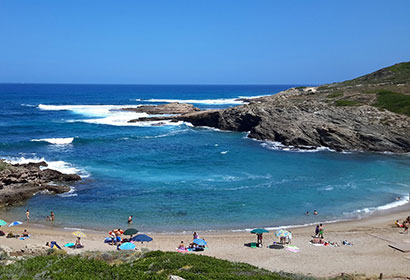 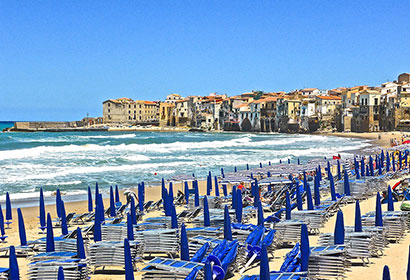 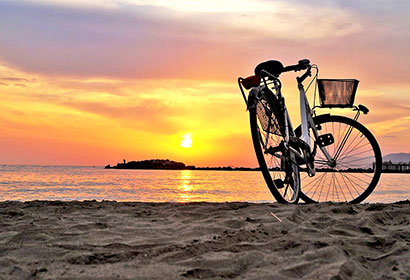 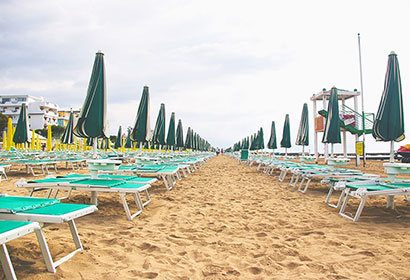 It's safe to say that travellers won’t have any problem finding an Italy beach to relax on if they are visiting the Tuscany region. This area is mostly known for its rolling hillsides and scenic views but many come here to enjoy its miles of sandy shores. It also has many great locations with fewer crowds and tourists, hence calmer waters that are perfect for families with young children looking to take a dip in the turquoise waves.

Just off of the Venetian mainland sit a cluster of 118 tiny islands. These island and the coast of Venice itself, contain some of the best beaches that Italy has to offer - according to many travellers. Beautiful sightseeing, historic destinations, romantic setting, sand and sun can all be found in this region.

When visiting a beach in Italy - vacationers keep an open mind as in many of these publicly enjoyed areas, going topless is the norm and in some areas full nudity is even permitted. Also, some beaches are public while some are private and there may be a fee to use them. Public beaches may be busier and may not be kept as tidy, while private beaches may offer a cleaner and less crowded atmosphere with a lounge chair and umbrella which will be needed to hide from the sun, late morning to afternoon.

Luckily for tourists, getting to most out of these Italian beaches is an easy task. All of the best beaches in Italy are located near major cities and can easily be reached by train and other forms of public transportation. Having said that, no matter how you choose to travel across this amazing country, make sure you pack your bathing suit, a towel and some sunscreen and be ready to work on your tan!

Below is a map of some of the best beaches in Italy that are in proximity to a train station. Please not that some beaches will require a short bus ride or ferry service to get to the final destination. 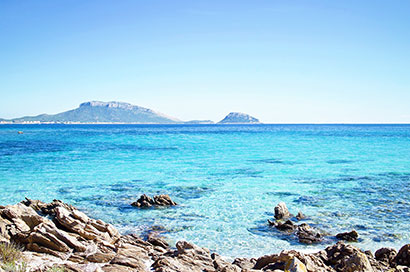