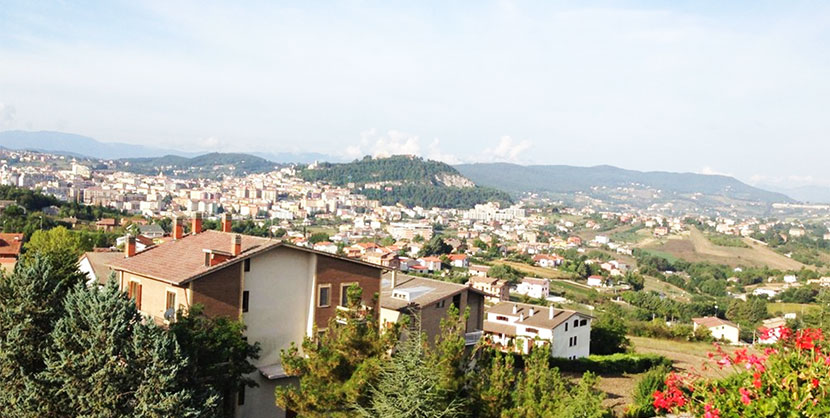 Campobasso Italy is a city in southern part of the country and also the capital of the Molise region. Because of its proximity to the Matese and Sannio mountains, the climate here is one of the coldest in all of Italy. Rainfall in the autumn season and snowfall in the winter are common giving this city a unique landscape mixed with historic sites that you can peruse through relaxing and quiet cobblestone walkways. This city is famous for its artisan knives and scissors as well as its pears and cheeses. It offers a peek into the history of this great country without the hustle and bustle of the bigger cities nearby.

If its castles you seek to visit on your trip, Campobasso Italy has one of the most famed castles in the region. The Monforte Castle or the Castello Monforte is a square fort with four corner towers. It was built in 1450 and boasts beautiful views and a spectacular waterfall. If you want an extra special view be sure to stay until sunset and catch a glimpse of this magnificent scene.

Churches are plentiful in this picturesque city, and the Chiesa Della Madonna Del Monte is located right next to the castle. It is noteworthy for its intricate frescoes and a wooden statue of Incoronata which dates back to the fourteenth century. Other churches of note include the Church of St. George. It was constructed in the year 1000 and was built over the ancient ruins of a pagan temple. The church of St. Bartholomew was erected in the 1300’s and contains three naves and a pointed arch. It is a Romanesque structure with notable art and artifacts including an altar and organ. The church of St. Leonardo is unique for its Romanesque architecture that is blended with Gothic elements. A Cathedral, the Chiesa Della Santissima Trinità or the Church of the Holy Trinity was erected in 1504 outside the city walls and is also worth a visit.

If museums are on your agenda, be sure to visit The New Samnitic Provincial Museum or the Samnite Museum. Here you will find exhibits from the ancient Sanno. This era runs from late prehistory to the middle ages. Archeological finds from private collections as well as modern digs are on display. The museum displays such artifacts in ceramics, bronzes, marbles, ivories, and amber. This museum is located in the beautiful Palazzo Mazzarotta.

Outdoor spaces are also worth a visit in Campobasso. The Villa de Capoa is a breathtaking botanical garden that contains native plants and flowers as well as many statues. A great place to relax and unwind after a day of sightseeing.

Campobasso Italy is a fascinating city not only for its unique climate and outdoor spaces but also for its rich history and historic sites. If you seek a relaxing break from the commotion of some of Italy’s larger cities, this place is a must see on your vacation.

Train travel in and out of Campobasso Italy is made easy with the city's railway station called Stazione di Campobasso. This terminal is located conveniently close to the center of the city in Piazza Vincenzo Cuoco. The railway station has been serving travelers since 1883, and it offers travel for passengers to and from Pescara, Benevento, Naples, Rome, and Termoli. Refer to the Italy train map for an overall glimpse of the country's railway system. 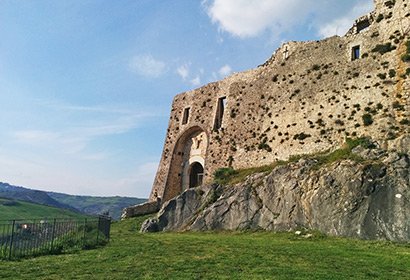