Cefalu Italy
Beautiful City on the Northern Coast of Sicily 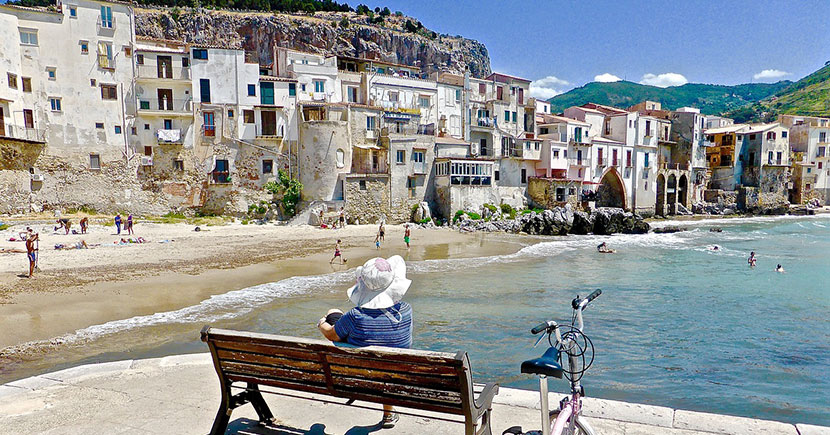 The charming coastal city of Cefalu Italy on the breathtaking island of Sicily’s is a beautiful retreat from some of the busier areas in southern parts of the country. Cefalù is located near the Metropolitan City of Palermo. It is situated on the Tyrrhenian coast approximately forty-three miles from Sicily. Although some people visit Cefalù for a day trip from Palermo, others stay for a few days to explore this quaint city. In fact, millions of tourist flock here each year from Italy and Europe. There’s something for every type of traveler in Cefalù. Let’s investigate the ins and outs of this beautiful city.

Being in South of Italy on the Tyrrhenian Sea, Cefalu weather is quite pleasant most of the year. Summers are generally warm, dry and muggy, with clear skies and winters are long, partly cloudy, wet and cold at times. Throughout the year the temperature can be anywhere from 10°C to 32°C. The lowest temperatures seen during the winters can be around 6°C, while the hottest summer days it could be as much as 35°C or even more. Most pleasant Cefalu weather and great time to visit is late spring to mid summer, and late summer to early fall when it's pleasant and crowds are manageable.

If you’ve set your sights on historical landmarks, look no further than the Duomo de Cefalù or the Cathedral of Cefalù. This UNESCO World Heritage Site dates back to 1131 and is typical of the Norman style of architecture. The cathedral looks more like a fortress and towers above the city — a wonder to behold. In addition to the Cathedral, there are many other notable churches in Cefalù. These include Santa Maria dell’ Odigitria which dates back to the sixteenth century and the Santa Oliva which dates back to 1787.

Moreover, after you’ve had your fill of cathedrals and churches, you can explore some of Cefalù’s other hidden treasures. There are remains of Ancient Roman Baths, several beautiful palazzos such as the Palazzo Atenasio and the Palazzo Piraino. And if you want to visit a museum in Cefalù, look no further than the Mandralisca Museum. It contains many ancient artifacts as well as a picture gallery.

Perhaps you’d like to take some time to relax and rejuvenate after a busy day of sightseeing. The beach at Cefalù is the perfect place to do that. A stretch of golden sandy runs along the town and is very busy in the summer months. Some parts of the beach require a fee to enter while others are free. Take your pick of what works best for your plans and your budget. Moreover, if you happen to be at the beach at sundown, take in the picture postcard perfect sunsets that this town is famous for.

Cefalù Italy is a quaint seaside town that is steeped in gorgeous scenery, historical landmarks and an informative museum. Include a day or more in this amazing on your next Italian vacation and see for yourself!

Taking the train to Cefalù Italy is easy and affordable, especially if you take advantage of the convenient network of Italian trains. There is a regular regional train that runs from Palermo to Cefalù. The journey is just under an hour and will drop you off a mere ten minutes from the beach. The train schedule changes based on the day and season, but you can check train schedules online and find one that works with your plans.

There are also bus options to get you to Cefalù, or if you’d rather renting or hiring a car - this is also an option to get there although there is not a lot of parking available. The closest airport to Cefalù is Palermo. Refer to the Italy train map for an overall glimpse of the country's railway system. 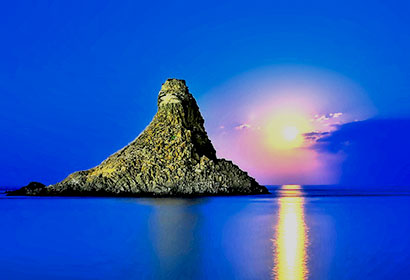 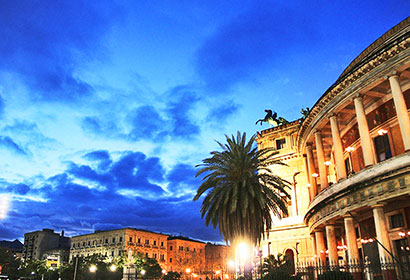