Friuli-Venezia Giulia Italy is a region in the northeast of the country. It is an area of just under 5,000 mi² and has a population of roughly 1.2 million people. The capital of the region is a seaport city called Trieste. Province Friuli Venezia Giulia is a major transportation route between the east and west of Southern Europe. It borders with Austria on the north and Slovenia on the east. Its southern border enjoys the beautiful Adriatic Coast while the western side borderlines with Veneto - a much bigger Italian region. Because of Friuli's varied landscape, the climate ranges from the pleasant oceanic one in the south to much colder, alpine weather in the north.

A visit to regione Friuli Venezia Giulia, as the locals call it - wouldn’t be complete without a trip to its capital. Trieste is situated very close to the Slovenian border, and you can really feel the cultural influence of this neighbouring country when you interact with locals and sample some of the amazing foods available here. The city has many historical landmarks to visit including the amazing Castello di Miramare, as well as many cathedrals and ancient Roman ruins. The harbour in Trieste with the adjoining Canale Grande is a breathtaking wonder with stunning architecture surrounding it. While enjoying this part of the city, make sure you stop to snap a few amazing pictures of Ponte Rosso. The main square of Trieste is called Piazza Unita also offering breathtaking views of the architecture as well as many cafes and shops in the vicinity. Be sure to take a walk on the promenade of Molo Audace which extends a far distance out to the sea.

Udine is another city in this region that is well worth a visit. Like Trieste, it is also near the Slovenian border, and you will notice a distinct cultural crossover in this city. Ancient landmarks to visit in Udine include the Castle of Udine which dates back to the sixteenth century and is located in the town center. Other spectacular sights include the Loggia del Lionello which is a lodge done in Venetian Gothic style, the Cathedral of Udine and the Chiesa di San Giacomo which is a Roman Catholic Church. There are also stunning outdoor spaces in this city including public parks, Piazzas, and a few noteworthy museums.

If you are a beach lover, a trip to Lignano Sabbiadoro is definitely in order. It is a beautiful coastal town in the region which lies less than an hour from Udine. Take a stroll or relax in the warm Italian sunshine on this golden sandy beach which stretches over four miles long. There are numerous hotels and restaurants in the area, and it also boasts an aqua theme park. The Punta Faro Marina is also of note.

Aquileia is an ancient Roman city and is one of the main archeological sites in Northern Italy. A trip to this city is steeped in historical significance, and you can visit such historical landmarks such as the UNESCO World Heritage site of ancient Roman remains. Other historically significant sights in the area include the Aquileia Cathedral and the National Archeological Museum.

The region of Friuli Venezia Giulia is a fantastic area for travelers. Whether its beaches, outdoor spaces, museums or archeological sites you seek, this region has it all.

Below you'll find a Friuli-Venezia Giulia map with train stations, popular attractions, lodging options, other transportation and much more. When wanting to purchase a paper map from a local store, simply ask for a "Friuli Venezia Giulia cartina".

Traveling by railway in this region is straightforward in the major cities. There are rail lines connecting Trieste and Udine. However, in the northern region - the railway isn’t as accessible so make sure to check your travel maps. Refer to the Italy train map for an overall glimpse of the country's railway system. 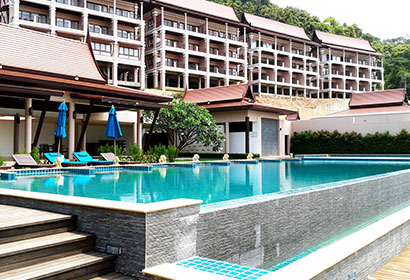