The Canale Grande, or the Venice Grand Canal located in Venice Italy is the perfect location for romance and sightseeing. Beautiful waterways, historical buildings and a ride in a gondola are all awaiting you when you visit this must-see destination. This is an absolute must-see when you visit the beautiful and romantic city of Venice on your next Italian trip.

The capital of Veneto is a city that is built around channels of water, the main one being the Grand Canal, Venice. It weaves its way through approximately 4km of the city, starting in San Marco and making its way to the lagoon near the Santa Lucia railway station. Either side of this canal is lined with buildings that date from as early as the 13th century and the most wealthy and prominent Venetian residents, throughout history, took pride in showing off their wealth by building directly along this canal.

The Rialto bridge is the oldest bridge that crosses the Grand Canal, Venice and for most of Venice's history was the only bridge that joined both sides of the river. Since the 1800's, three more bridges were created, making travelling around the city an easier task. Prior to the construction of these bridges the most convenient way to move around Venice was by waterway and still to this day, many buildings can only be reached via boat by the water. Since the Grand Canal is the main route through this city, it is also a busy waterway, filled with boats and gondolas that transport both people and merchandise from one part of the city to another.

Visitors to Venice have the choice of many different types of tours that will give them amazing views of both the city and the channel that runs through it. Some of the most popular tours include:

The Grand Canal, Venice is a spectacular site and ride down its waters, viewing the beautiful palazzi that line its banks, is all part of the Venice experience. There is something to see and do here that will impress every traveler and the magic and romance of the Canal will have you coming back time and again. 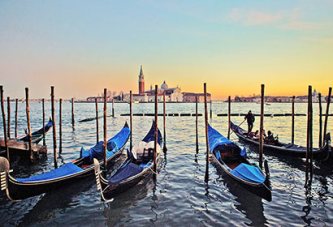 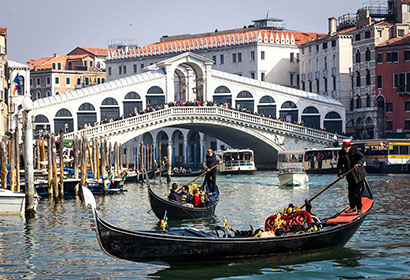 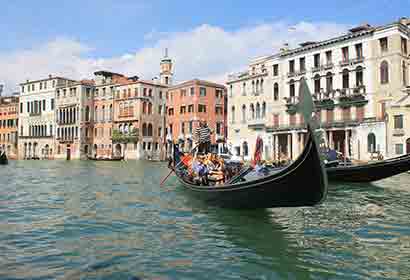