Italy Museum
A Tour Across the Expansive Italian History

From the rise of the Roman Empire, Italy has been the forefront of civilization for over a thousand centuries. Before Italy became unified its region was home to the early Roman monarchy that dominated Western Europe. While the country of Italy only became a nation-state in 1861, after the unification of various states in the Italian peninsula -  its rich history extends back to the ancient worlds of the early Bronze Age and this can be seen up-close in many of the Italy museum choices.

Hence, Italy has seen through thousands of years of civilization from the Romans to the Middle ages, and finally the Republic. Through its history, Italy has lived through many iconic and historical eras of intellectual, cultural, artistic, economic, social, and political movements including the medieval age, Renaissance, Risorgimento, and Fascism.

The striking piazzas and stylistic baroque architectures that have prevailed in contemporary Italy is a testament of the nation's extensive history. From cathedrals, churches, baptistery, and art galleries to relics and monuments like the Colosseum; the country is home to over 4,500 Italy museums that feature the archaeological, art, culture, science, and religious monuments of human development that has occurred throughout this region's many Millenniums of history.

While this amazing peninsula houses thousands of Italy museum choices full of pinnacle treasures of human history, pre-booking tickets and reservations are essential to avoiding lengthy waits at the door. When visiting well-populated museums in Italy it is always a good idea to pre-purchase tickets online. With so many available to visit, this guide serves to highlight four selective museums in Italy that we believe are iconic and a must-see for travellers of all ages.

The Colosseum or Coliseum, as some call it - is one of the most well known monuments of Rome. The arena is built with eighty arches on a wooden base and massive stone tiles that encompass the forum. Emperor Vespasian ordered the construction of the Colosseum in 70 A.D. to the emperor of Titus that was subsequently used for gladiator combats and beast fights by the Roman people.

The Romans named the Colosseum as the "Flavian Amphitheater" and more than two thousand years later, the ruins of the Colosseum is still the most notable symbol of the ancient city. When guests enter the two-story construction, the upper levels offer a panoramic, scenic view. Meanwhile, the vast arena brings a thrill to visitors who are reminded of the great gladiators who fought in the stone ring. The building is a reminder of the glory of Roman's expansive and tumultuous history.

To date, only a third of the original travertine limestone that was used to build stonewalls are still embedded into the Colosseum as many of its resources were dissembled during the years that the Colosseum was abandoned. The Colosseum can be extremely busy during the peak tourist seasons. To skip the lines, we suggest signing up for local walking tours that include a visit to the Colosseum. Rome is an ancient city full of relics and historical monuments so enjoy the discovery of the past!

The Vatican complex is surely worth the visit, as the high ceilings replete with profane paintings of celestial bodies will take your breath away. From the moment you step into the museums, you are sure to be instantly transported into a different world as 70,000 masterpieces are on display that showcases the extraordinary artwork that was created during the medieval and renaissance period. Pope Julius II opened the doors to the museums in 1506 and to date, the Vatican's 40,000-meter ground houses Michelangelo's famously painted Sistine Chapel, works by Raphael, and iconic Renaissance paintings by Leonardo da Vinci. The Vatican Museums is a must-see on the itinerary while visiting Rome, Italy.

While in Florence - the Galleria dell'Accademia di Firenze is an absolute must visit when it comes to museums in Italy. An afternoon stroll through the amazing exhibit is definitely a great time spent, many incredible sculptures and notable artworks can be seen here. One world famous piece worth mentioning which is on display which is Michelangelo's David. Standing 5ft tall on a pedestal - this piece represents the summit of Michelangelo’s sculptural portfolio. David began with humble beginnings as a block of marble stone that was transported to Florence from across the Mediterranean Sea. Agostino di Duccio was the first to sculpt the marble slab, in 1460, as part of a project of figures that would decorate the exterior of the Duomo of Florence.

The sculpture proved to be a difficult task and failed to live up to its potential, due to the difficulty of sculpting a figure of such enormous dimensions. The rejected block of stone was banished into the abyss until the 16th century when Michelangelo was commissioned by the Duomo of Florence to complete the project. Michelangelo sculpted the David between 1501 and 1504 and the final masterpiece became one of the most iconic sculptural works of the Renaissance era. To date, the David is currently on display at the Accademia Gallery of Florence after being transported from Signoria to preserve the material of the marble from the elements. David is one of the most significant Renaissance masterpieces and a piece of history that you do not want to miss!

The Santa Maria Delle Grazie is one of the most famous art museums to visit in Milan, as is the convent that exhibits da Vinci’s Last Supper.

The Last Supper depicts is a giant mural painting that was created between 1494 and 1498 by Renaissance genius, Leonardo da Vinci, which depicts an image of the last dinner between Jesus and his disciples. This piece was a revolutionary project and preparation da Vinci created several 'blueprint' sketches, which can be found at the Uffizi Gallery in Florence.

The Last Supper is one of da Vinci's most notable works to date and showcases his meticulous technique in dry painting the wall of the convent's refectory. Reservation to view the painting must be made well in advance to accommodate the massive level of visitors. We recommend booking a private showing of the Last Supper to take in the amazing experience of viewing da Vinci’s greatest life work. 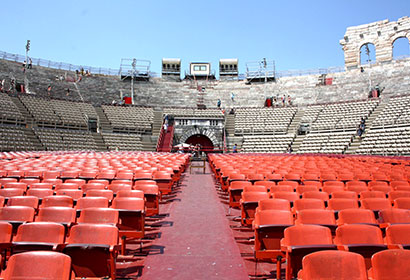