Molise Italy
This Charming Italian Region is Well Worth Visiting

Molise Italy is the youngest and second smallest region in the centre of the peninsula but closer to the south. Having said that, although Molise may be off the beaten track, it has a wealth of stunning landscapes, historical sites and charming towns to visit. As of 2015, the population of Molise was 313,348. The region has two provinces, Campobasso and Isernia. Campobasso is the capital of the region. This region covers one thousand seven hundred and fourteen miles of breathtaking landscape including twenty-two miles of golden sandy beaches on the Adriatic Sea. Just over half of the countryside is mountainous.

A visit to Molise Italy wouldn’t be complete without a visit to its capital Campobasso. There are many historical landmarks to visit here. Monforte Castle is probably the most famous. It is a square fort with four corner towers that was built in 1450. If you love museums, be sure to visit The New Samnitic Provincial Museum. Here you will find exhibits from the ancient Sanno. Outdoor spaces are also worth a visit. As is Isernia. This was once the Samnite Town of Aesernia. Isernia has an interesting modern museum and historical centre which highlights its colorful past.

If you’d like to visit ancient ruins without the crowds, Molise has some of the best. The ruins at Saepinum which was a Samnite settlement that was conquered by the Romans is a wonder to behold. Ancient shops, bathhouses, a forum, and towers are well preserved and some of the best in the country after Rome and Pompeii. And Pietrabbondante has ruins which date back to the fifth century which overlooks the rugged countryside. These include a sanctuary, temples and a necropolis.

If the great outdoors are on your wish list, Molise boasts both spectacular beaches and splendid mountains. If you love beaches, the southern Adriatic coastline is for you. The coastal town of Termoli is quaint and quiet, the perfect escape. It is a fishing port and has several historical landmarks of note including a castle, a cathedral, and other buildings. It boasts excellent seafood restaurants and can easily be reached by train.

Molise is also famous for its mountain ranges. Monte Miletto is 8,202 ft. This area is perfect for hikers, and skiing in the winter is fantastic. Capracotta and Campitello Matise are the two resorts in the area that feature skiing and other winter sports.

Molise Italy has something for everyone at a slower, more peaceful pace than some of the bigger regions. From breathtaking beaches to magnificent mountains and ancient historical landmarks galore, this region is not to be missed on your Italy vacation.

Taking the train to the region of Molise has never been more comfortable or more economical. Trains run in and out of most towns and cities in this region. The capital Campobasso has a main railway station, the Stazione di Campobasso. This terminal is located close to the center and has been serving travelers since 1883. It offers travel for passengers to and from Pescara, Benevento, Naples, and Rome. Refer to the Italy train map for an overall glimpse of the country's railway system. 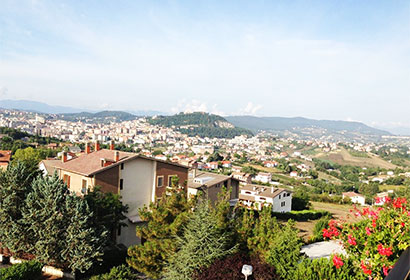 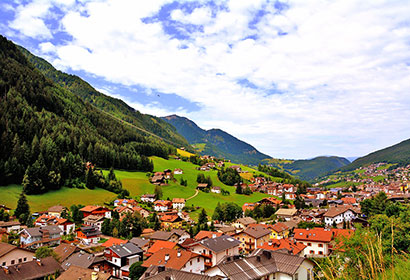