While best known for Parmesan cheese, prosciutto ham and beautiful countryside - Parma Italy is an amazing place to visit and offers something for every age and interest. The city is located in Emilia-Romagna, a northern Italian region. Being a university city, Parma caters to the younger travellers as well as adults. and many activities are available to university goers and high-school teens. This particular city is divided into two different regions by the 92 km long Parma river which runs through its centre and offers magnificent water-views.

Parma weather on average - warm summers with mostly clear skies, winters are very cold partially cloudy. Throughout the year, temperate can vary from -4°C to 35°C. Best time to visit Parma Italy is from mid April to mid July when the temperature is pleasant, not too cold in the spring and not overly hot in the summer.

While visiting Parma Italy, be sure to sample the cheese that has made the city famous and while at it, ensure you sample some of the local Parma ham or prosciutto, which also originates from this region. Foodies will enjoy partaking in one of the many different  gastro tours of the area where they will be able to indulge in this local fare and learn about how it is produced and the history of its origins.

When in Parma Italy, it is worthwhile to also make a stop at the University of Parma which, founded in the 10th century, is one of the oldest universities in the world. Its main areas of study include chemistry, economics, engineering, architecture, medicine and law.

There are many other interesting and exciting things to do while visiting this area of Italy. The Palazzo della Pilotta is a perfect place to start your tour of the region. This Palace was built in the 16th century and visitors can now tour a variety of different museums which are located inside such as the National Archaeological Museum, Giambattista Bodoni museum and the Galleria Nazionale di Parma.

While visiting Parma, Emilia-Romagna Italy, it is also highly recommended that you take in a performance at the Teatro Reggio opera house. This theatre was constructed in the early 19th century it’s beautifully decorated interior is a site to see in itself. Along with hosting some of the best opera performances in all of Italy, this theatre is also known for the festival that it holds every October 10th called Buon Compleanno Maestro Verdi which translates to "Happy Birthday, Maestro Verdi. This festival celebrates the works of the Opera composer Verdi who was born in the Parma region of Italy.

The Piazza del Duomo is another interesting site, located in Parma, Italy that is a must-see for all visitors to this region. This medieval cathedral contains works of art and priceless treasures and sits for all to see, in the city centre. It is made up of three buildings, the duomo, the campanile and the baptistry.

When planning your visit to Italy, be sure to take a few days to stop at Parma in the Emilia-Romagna region of Italy, where you are certain to find something to satisfy all of your senses.

Getting to Parma is easy, no matter what your preferred method of travel - choices are plenty here. Buses and trains run from every direction into the city centre from various destinations in the country and the routes converge right here - at the Stazione di Parma. For navigating convenience around the city, see the Parma map below. Refer to the Italy train map for an overall glimpse of the country's railway system. 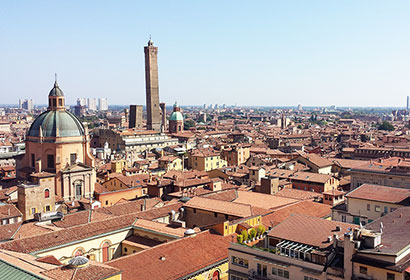 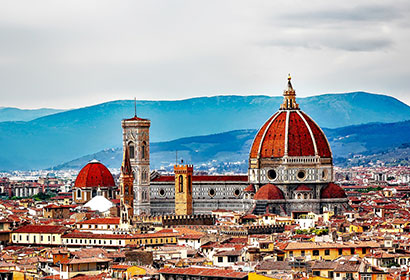