Tropea Italy
Coastal Oasis in the Southern Region of Calabria 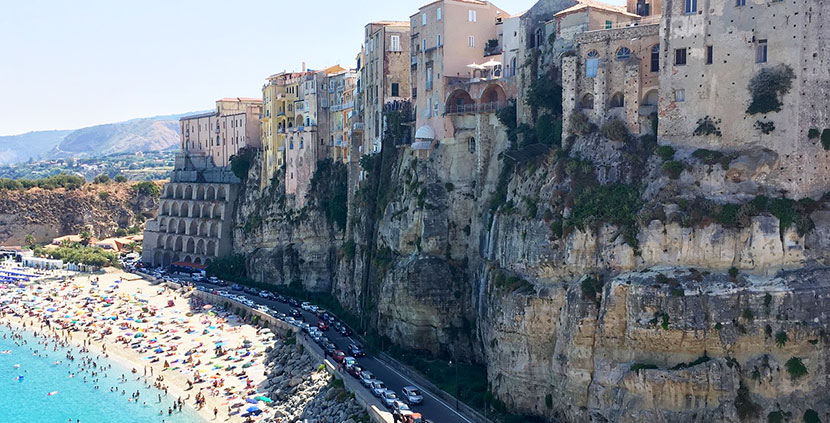 Tropea Italy is a gem of a town and municipality located in southern Italy in the province of Vibo Valentia and in the region known affectionately as the toe of the Italian boot, Calabria. This beach town is popular with locals and tourists alike and is very busy in the summer months. However, because of its southern location and warm climate, it can be a vacation destination all year round. The town is located on a reef in the Gulf of Saint Euphemia, and a narrow stretch of land in the Tyrrhenian Sea links it with mainland Italy. In fact, this stretch is often referred to as the Coast of the Gods. Roman legend and folklore say that Tropea was discovered by Hercules and a statue in his honour stands proud in the town’s square. So what is there to see and do in Tropea? Let’s find out!

Tropea Italy is a beach lover’s paradise. With over two miles of spectacular white sandy beaches and crystal clear water, there is certainly a lot to love. And Tropea’s beaches are known as some of the best and cleanest in all of Italy. The scenery here is breathtaking with its steep cliffs, hidden coves and grottos. There are both free beaches and beaches that require a fee in Tropea. You can rent umbrellas, canoes, paddleboats to enhance your fun in the sun. There is also snorkeling and scuba diving at the Tropea Diving Centre.

If historical landmarks are on the agenda, Tropea Italy has quite a few interesting sites. The Sanctuary of Santa Maria dell’Isola is a Benedictine monastery which was first built in the sixth century. It’s perched on a rocky bluff and offers unparalleled views of the Aeolian Islands of Sicily. Another wonder to behold is the Norman Cathedral. Its gothic style is breathtaking, and inside there is a painting of Madonna of Romania, Tropea’s patron saint.

And after visiting the Norman cathedral, take a walk through the main centre of Tropea. It is a bit like stepping back in time. The narrow, winding cobblestone streets which only allow foot traffic are home to shops, restaurants and of course gelaterias - basically meaning "ice-creameries" A feast for the eyes and the stomach. And if you are feeling very daring, try the red onion ice cream. It is made from onions that the town is famous for.

Tropea is truly one of Italy’s best-kept secrets. With beautiful beaches and historical landmarks that have stood the test of time, this charming town is a picture postcard perfect vacation spot.

Traveling by train to Tropea Italy is both scenic and enjoyable. The railway station is located just a short walk from the centre of town. The railway station has a ticket machine and schedule information available. If you fly in from Lamezia Terme which is the closest airport, the journey takes just over an hour on the Naples-Reggio di Calabria route. The buses in this area are not really designed for tourists, so your best bet is to take the train or rent a car. Refer to the Italy train map for an overall glimpse of the country's railway system. 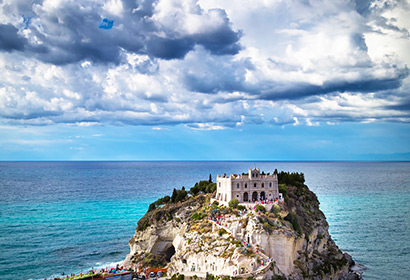